Taking Care of Business. Sometimes, you just can’t afford for the power to go out. Keeping the lights on and critical business applications running smoothly can be crucial if you own or run a business. Reduce downtime and lost revenue with a Briggs & Stratton Commercial Standby Generator. Our extensive and diverse line of Commercial Standby Generators can power it all, from a small business to a high tech luxury home.

When faced with the potential of a hurricane blowing into their neighborhood, many folks will usually consider buying a generator to get them through the long, hot days when commercial power is unavailable. And unfortunately, the average person will go to the local hardware our home improvement center and purchase whatever the salesman recommends. Very often, what they end up with something that is designed primarily for construction or other commercial use. They are typically large, heavy, loud, and guzzle gasoline. 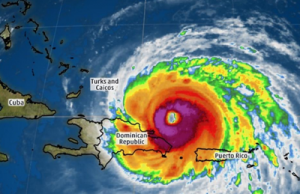 A typical 5,000 watt generator under full load will consume about 18 gallons of gasoline in a 24 hour period. Unfortunately, even under partial load, it will still consume nearly the same amount of gasoline. That’s because this type of generator is designed to run at full power continuously So to put this into perspective, that’s more than three five-gallon containers of gasoline at a cost of about $67.50 per day to feed this monster.

If you have a generator running full throttle in your back yard, at least you get the benefit of a refrigerator, fans, television, lights, and many of the necessities of life that make it a bit more tolerable during a power outage. But for your neighbors, all they hear is the relentless roar of your generator while they swelter in the heat. Needless to say, you’re not going to be very popular after the sun goes down and those around you try to get to sleep with their windows open!

Unless you’re powering some pretty large-load items—such as a window air conditioner or well pump—5,000 watts is far more power than the average house needs in a short-term emergency. So what you end up with is a generator that is sitting there, continuously producing a full 5,000 watts of power, even though you may only need about a third of that power in an average emergency situation. 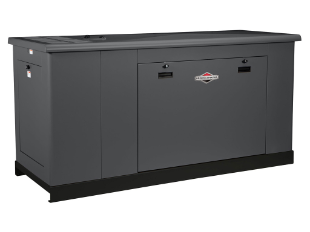 Equipped with new, patented Symphony® II Power Management technology and a GM Vortec engine, the 35 kW is designed to handle any and all of the power needs in your extra-large sized home without hesitation.

Give your family unprecedented peace of mind that your home will operate as usual the next time the power goes out. Whether it's storm related or a blackout, the Briggs & Stratton® 25 kW standby generator system provides your home with reliable, automatic backup power.

Losing power is nothing to worry about any more with the 20 kW generator. When the power goes out your backup generator seamlessly provides power to your home within seconds of a power outage.